Litchfield Reviews No Harp for My Angel, Booty for a Babe, and Eve, It’s Extortion by Carter Brown 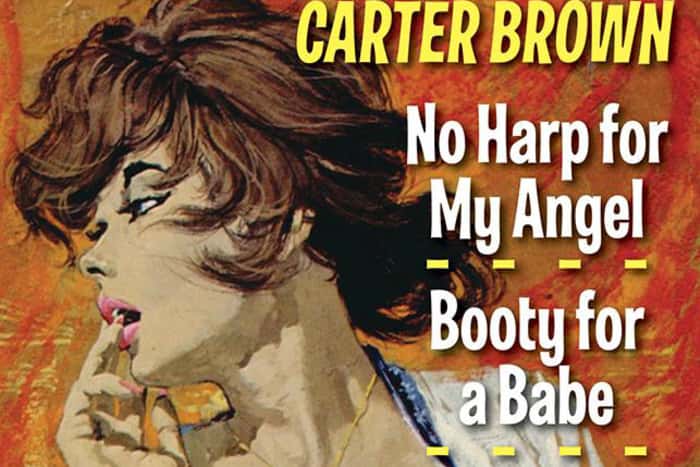 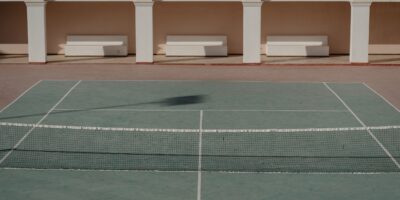 Written in the 1950s and long since out-of-print, No Harp for My Angel, Booty for a Babe, and Eve, It’s Extortion are a trio of swift-paced, tongue-in-cheek stories by the incredibly prolific Alan Geoffrey Yates, writing under the house name Carter Brown.

Yates, primarily a writer of pulp fiction, used many pseudonyms in his long career and contributed almost all of the 300 Carter Brown books.
Born and raised in London, he emigrated to Australia in his mid-twenties, signed a thirty-year publishing deal that required him to produce two novelettes and one full-length novel a month, and rapidly became Australia’s biggest literary export.

Remarkably, he managed, for the most part, to fulfil the demanding publishing contract and, from 1954 to 1984, produced 215 novels and around 75 novella-length stories. The books, which have been translated into fourteen languages and published in 23 countries, have sold in the region of eighty million copies.

In No Harp For My Angel, the first tale in this newly published collection, Lieutenant Wheeler’s vacation to Ocean Beach, Florida, turns sour when he upsets big-shot gangster Johnny Lynch, a casino owner with mafia connections.

Beaten up and arrested for theft, drunk driving and criminal damage, Wheeler is strong-armed by the Florida police department into playing the role of ‘a big-noise racketeer’ from Chicago in order to help them with their investigation into Lynch and his possible connection with four missing women.

Employing unorthodox methods and using his considerable charm with the ladies, the quick-thinking, hard-punching Wheeler battles a psycho gangster, a gorilla-like henchman and a devious red-headed beauty as he unravels Lynch’s imaginative, lucrative side operation.

An investigation into the murder of a professor shot in the heart with a steel dart while giving a lecture at a science fiction convention in California is the focus of Booty for a Babe, the rather wacky second story.

Wheeler, who has a torrid time weeding through the 80 suspects, some of whom offer time-travel theories and tales of extra-terrestrials, time-warps and planetoids, begins hallucinating about creatures with ‘heads like squashed oranges,’ fifteen arms, tendrils, and three eyes on eight-foot long stalks as he tries to get to the bottom of the strange killing.

Lies, deception, and false accusations follow him around, and when a further corpse turns up, it takes all of Wheeler’s guile and cunning to unravel the mystery and expose the culprit.

In the final story, Eve, It’s Extortion, Wheeler suspects foul play when a widow lands a large life insurance pay-out after her lousy husband is killed in a hit-and-run crash.

His inquiries, which lead him to shady debt collection agents, turn problematic when further deaths occur and he gets a little too intimate with a murder suspect. Soon, the unorthodox cop is striving not to become a humiliated ex-cop.

My review of the second volume of Carter Brown’s novels to be reissued by Stark House Press was published in the Lancashire Post on May 30, 2018, and syndicated to 25 newspapers across the UK. Archived online access to these reviews as they originally appeared, featuring my byline, can be found at these weblinks: