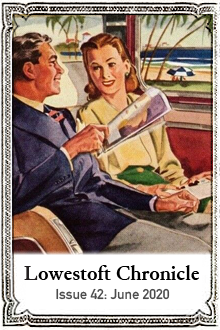 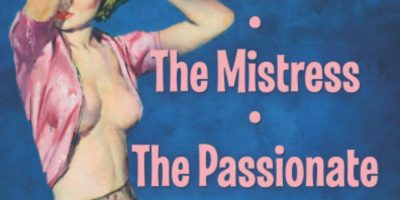 Past Lowestoft Chronicle contributor Jerry Levy, author of the short story collections The Quantum Theory of Love and Madness and Urban Legend, had this to say of the Summer 2020 edition: “How timely that in these Covid times when our liberties are sinking and being eroded, that Lowestoft Chronicle‘s Issue # 42 includes flash fiction about a giant sinkhole that is slowly swallowing an entire city! The issue includes wonderful prose, poetry, and non-fiction, all expertly written. I was especially taken by a piece entitled ‘Bijou,’ about a couple who embark on a trip to the south of France and who get stuck with a lemon of a car with which to traverse the countryside (the steering wheel literally falls off!); they come to discover that looks (and even performance) can be deceiving, that this old clunker meant something especially important to its owner, something that transcended the mere metal, the nuts and bolts. What a lesson they learned! But the entire Issue # 42 contains those nuggets of wisdom and entertainment — it’s engrossing, lyrical, and certainly satisfying, perfect for a summer read.”