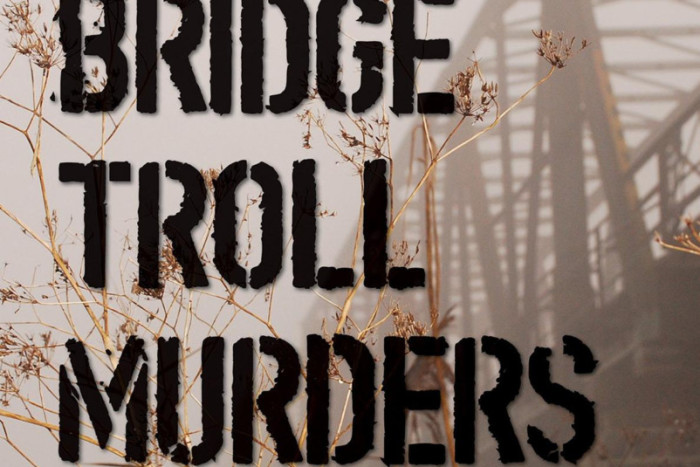 In the gripping fifth book in Sheldon Russell’s critically acclaimed historical mystery series, one-armed railroad detective Hook Runyon goes undercover as a hobo to hunt down a formidable serial killer who is murdering and mutilating vagrants.

Still living in a caboose, which is parked on the edge of Oklahoma’s Waynoka yards and packed with his large collection of rare books, Hook has recently been promoted at short notice to assistant division supervisor of security due to the death of the previous incumbent. Despite his unexpected promotion, little has changed for the railroad bull.

Mixer, a stray ‘half-wild mongrel dog’ continues to reside with him, and Frenchy, the engine driver responsible for towing his caboose across the country, persists in parking his freight-train car on a hillside, making Hook get used to living on a perpetual slant. And, as always, he must contend with his antagonistic division boss Eddie Preston who is forever complaining about Hook’s shoddy work ethic.

Hook also gets into frequent embarrassing scrapes, such as losing his gun while trying to apprehend a thief and accidentally setting fire to a wheat field and a tractor, nearly burning a farmer’s house to the ground.

However, for all his faults, few in his profession have the same dogged determination to solve a crime. And fewer are willing to put themselves in harm’s way to capture a killer or — as seen in this latest enjoyable adventure — risk their life to rescue trapped members of an engine crew from a flooded river.

The central plot in The Bridge Troll Murders concerns a series of grisly murders in popular, isolated spots for vagrants to bed down for the night. An array of ‘hobo icons’ carved into the cross timbers of bridges along railroads throughout the country have marked these areas as hobo safe havens, and a mysterious, sadistic killer is preying on these destitute souls.

While clearing away animal carcasses killed by trains, Hook discovers the first dead body in the ‘Quinlan jungle,’ a trusted hobo campsite with ‘all the amenities required for a comfortable stay: firewood, water, and a grade steep enough to slow trains for hopping.’ The victim, 16-year-old Benjamin Way, has had his chest cavity hacked open and his body parts rearranged.

He turns out to be the first of many mutilated corpses discovered beside railway bridges, generating headline news in various regional newspapers and leading the press to label the killer ‘the bridge troll.’

As the dead bodies accumulate, Hook goes undercover, living as a vagrant once more, riding the rails from one hobo hotspot to the next in the hopes of becoming the killer’s next target.

Joining Hook on his perilous journey is moonshiner Runt Wallace, the brewer of ‘popskull whiskey’ from the first Hook Runyon mystery, and Ria Wolfe, a Boston University student studying forensic psychology who has been granted permission to interview Hook as part of her doctoral dissertation.

Although reluctant, Hook permits her to accompany him while he investigates the murders, allowing her to conduct a psychological examination of him and his methods and explore first-hand the dangerous world of a valiant railroad detective.

Murder mystery enthusiasts will want to grab hold of this book and ride all the way to its thrilling final stop!

My review of The Bridge Troll Murders by Sheldon Russell, book five in his marvelous Hook Runyon Mystery series, was published in the Lancashire Post on December 18th, 2017, and syndicated to 25 newspapers across the UK. Archived online access to these reviews as they originally appeared, featuring my byline, can be found at these weblinks: