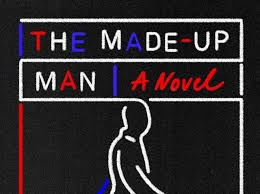 Absurdist humour and existential noir intermingle in Joseph Scapellato’s playful and intelligent debut novel about a soul-searching archaeology school drop-out who finds himself at the centre of a strange and risky performance art project in the Czech Republic.

Born and raised in the suburbs of Chicago, Scapellato, who now lives in Pennsylvania, is an assistant professor of English in the Creative Writing Program at Bucknell University.

His newest work is a wholly original hybrid of a detective story and a subverted examination of oneself, with the narrator — much like a previous character from Scapellato’s story collection — reflecting on his past, trying to make sense of the present, and exploring the myth of the self.

Having dropped out of college and been obliged to take part-time construction work, Stanley, a 20-something from Chicago who doesn’t know the reason behind much of what he does, is at a challenging point in his life. His recent marriage proposal to his girlfriend T resulted in her moving out of their apartment and insisting they take a break from each other, leaving Stanley in a funk.

When his eccentric uncle Lech offers him five thousand dollars to ‘apartment-sit’ his new property in Prague and facilitate the move-in of a tenant, Stanley, although aware of his uncle’s devious nature, nevertheless jumps at the opportunity.

Lech, an avowed artist whose art is a cross between performance art, conceptual art and ‘practical jokes,’ believes there is ‘a communion between artist and subject, between concept and medium.’

His ventures chiefly consist of expatriated Polish artists (disguised as everything from hipsters, hicks, yuppies and ‘thrift-store approximations of cowboys and truckers and hillbillies and hoboes’ to fake country-western bands playing semi-parodic songs) turning their audience into the subject of their art.

But he is also a potentially dangerous individual, involved in illegal immigration and exploitation of immigrants, who violates privacy and puts people’s lives in jeopardy. Ten years earlier, in Poland, he was adjudged to have been a contributing factor to the death of an artist and later, in America, his harsh stunt may have caused a man to die from exposure on Christmas Eve.

His latest elaborate project entails puzzles, cryptic emails, staged scenes, costumed impersonators, street fights, police arrests, and chalk outlines of dead bodies, evoking the atmosphere of a supposed ‘crime narrative’ for no other purpose than to sabotage Stanley’s sense of security and self-conception, and disrupt the destructive pattern of his life.

Presented with two choices — ‘avoidance or engagement’ — Stanley decides to become an active participant in his manipulative uncle’s complex plan, willingly becoming an experimental subject for Lech, yet certain it will ‘produce nothing but a complicated spectacle of confusion, humiliation, and rage.’

As expected, he is soon caught up in a hazardous game where no one can be trusted and where the lines between fantasy and reality are perpetually blurred. What he doesn’t anticipate, though, is that others seem to understand him better than he understands himself, and poor Stanley, compelled to dig deep into his psyche, is forced to confront his demons, offload his emotional baggage, and achieve self-acceptance.

Surprising and innovative and unlike any other novel you have seen before, the deviously warped literary noir The Made-Up Man is an unpredictable and thought-provoking tale of deception, love, and identity that is well-worth investigating.

My review of Joseph Scapellato’s notable debut novel, The Made-Up Man, was published in the Lancashire Post on March 4th, 2019, and syndicated to 25 newspapers across the UK. Archived online access to these reviews as they originally appeared, featuring my byline, can be found at these weblinks: