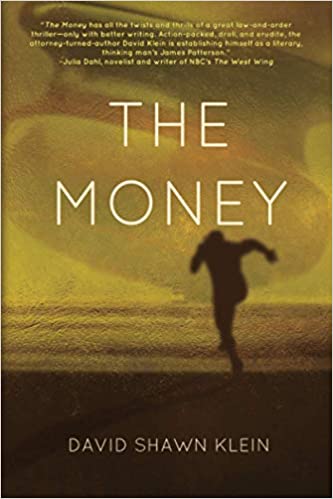 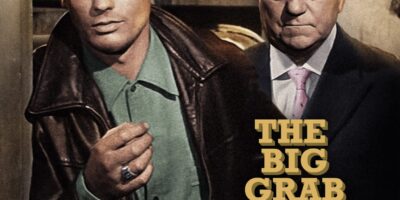 In 2012, David Shawn Klein wrote a memorable short story (“The Final Ascent of Hal Tripp”) about a playboy adventurer attempting to conquer Everest. It was a gripping drama, set against a stunning backdrop, published in issue #12 of Lowestoft Chronicle and anthologized in INTREPID TRAVELERS the following year. Immediately, I had high hopes for Klein (forgive the weak pun). Many years have come and gone, and during that time, Klein has had some quality stories published in venues like The Hudson Review. Finally, though, he has a novel due for publication. It’s titled THE MONEY, and it’s an action-packed literary thriller with strong doses of humor and very fine plotting. The posted summary of the story on the author’s website reads like this:

Henry Krakow, loving husband, devoted dad, and lawyer for the down-and-out, tries to help a single father keep his two kids. But Henry’s good deed takes a wrong turn, and he has to fight for his own family through an underworld of corrupt judges, rap buskers, homicidal pole dancers, internet revolutionaries, and a conspiracy to rob the people of Coney Island of millions of dollars meant for rebuilding in the wake of Hurricane Sandy—a conspiracy that ultimately forces him to confront the legacy of his legendary power broker father.

Just after Henry’s wife, Olivia, a high-powered public relations executive, demands a separation, one of Henry’s clients, journeyman boxer Shatterproof, asks him to solve a career crisis: the boxing commission won’t let Shatterproof fight again unless he produces a CAT scan showing that he has no brain damage, and there’s no way a scan will come out clean. But Shatterproof is a single father—if he can’t fight, he can’t feed his kids Rafe and Kendra. Henry believes that if he can figure a way out for Shatterproof, Olivia will be so impressed that all will be forgiven. But Henry’s odyssey home takes an unexpected turn: he’s extorted into working for a conspiracy among New York City’s rich and powerful to steal millions of dollars earmarked for the people of Coney Island after Hurricane Sandy. Finally, to save his marriage and career, Henry must confront the legacy of his legendary power broker father.

I was fortunate to have read an advanced draft of the novel, and all I can say is that the writing exceeded my expectations. Klein’s deft mix of razor-sharp wit, astute observations, and fierce action turn this riveting tale of a knavish lawyer embarking on a perilous moral crusade into a sublime literary debut. THE MONEY will shock, surprise, seduce, and, ultimately, satisfy those who appreciate dry humor and gritty drama.