Litchfield reviews ‘A Forgotten Evil’ for the Colorado Review 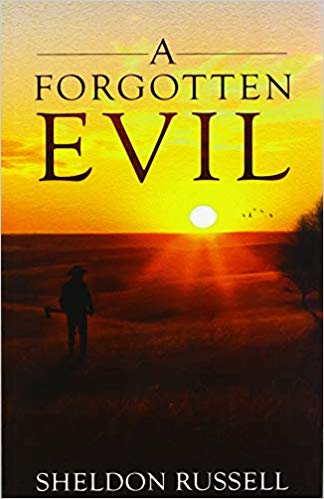 My review of Sheldon Russell’s historical novel, A Forgotten Evil, was published today in the Colorado Review. Here is a snippet:

“Rich in detail and exquisite prose, and with an unpredictable, weaving narrative, A Forgotten Evil is an ambitious, impressively told tale full of vivid landscapes and unique characters with an authentic voice and a distinctive presence. The inconstant Little River, though fierce and remorseless, is imbued with prudence and benevolence, and his expressive observations carry emotional clout. Caleb’s unexpected evolution from a vulnerable invalid to a resilient, self-sufficient hunter has sincerity and charm, as does the love story that unfolds between him and the mentally tough Joan Monnet. Joshua and Caleb’s relationship is also tenderly presented, with Caleb mourning the loss of their friendship and imagining his friend’s face in that of dead strangers.

Arguably, the most striking aspect is the inhospitable environment and the hardships faced by those trying to evade capture and survive in the wilderness. It is a place where starving, weary Army deserters are as likely to be shot by their unit as killed by Native Americans, a place where everyone, from military personnel and warriors to peaceful natives and railroad workers, is at risk of being slaughtered or caught in the crossfire of one bloody battle after another.

Russell convincingly conveys the gory conflicts, the injustice felt by Native Americans and their acts of retaliation, and the assault on Washita River, one of the bloodiest in frontier history, making A Forgotten Evil a compelling, moving story that will linger in the memory.”

I’m very familiar with the works of Sheldon Russell, having read all ten of his books, from his American frontier novels and tales of the Oklahoma Land Rush, to his postwar mysteries and his fictional account of Francisco Vázquez Coronado’s 1540s North American expedition. This, his latest, is a deeply moving tale set in the post-Civil War period where bloody skirmishes rage between the U.S. Army and Native American peoples. I’d argue that it is his best book to date, and so I’m very pleased to have been able to write an in-depth review of it for the Colorado Review.

You can read the full review here: https://coloradoreview.colostate.edu/reviews/a-forgotten-evil/